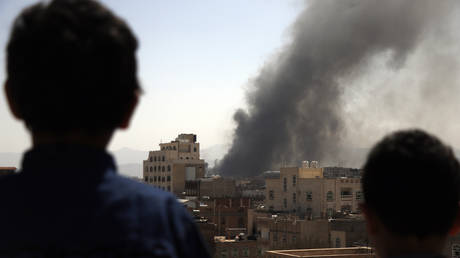 With the truce between the Houthis and government forces expired, the country may spiral back into chaos, Washington’s envoy said

The end of a six-month ceasefire between Houthi rebels and the Saudi-led coalition in Yemen could bring about a “return to war,” Tim Lenderking, the US special envoy for Yemen, predicted on Wednesday.

Lenderking’s sentiment was to some extent echoed by the Houthis, who signaled to CBS that they “expect a return to military operations.”

Speaking at a press briefing on Wednesday, Lenderking noted that Iran-backed Houthis did not agree to the UN proposal to extend a truce, which expired on October 2. Against this backdrop, he said, all parties to the conflict now face “a stark choice.” Should they return to war, this will “bring nothing but casualties and destruction on Yemen,” he said.

Lenderking said some elements of the ceasefire agreement are still working, given that “there is still a relatively low level of violence in the country” while ships are allowed to make fuel deliveries into Hodeidah port, which had been blockaded by Saudi-led forces.

The US official pinned the blame on Houthis for failing to extend the deal, arguing that they are “imposing maximalist and impossible demands.”

Lenderking also signaled that if the Houthis demonstrate some flexibility in the talks, this would pave the way to “a much better peace option.” The main stumbling block, he said, is agreeing on paying salaries to Yemeni state employees, including teachers and nurses, many of whom have not received them for years.

Nasreddine Amer, a spokesperson for the Houthis, told CBS News that the demand to pay civil servants their money “is not an impossible” one, describing it rather as “a humanitarian request.” He accused the US of supporting the “stubborn” stance of the Saudi side and predicted fighting would continue.

“So, as the truce ended and they are still stubborn, I expect a return to military operations,” he said.

According to the UN, Yemen, which has been ravaged by war since 2015, is facing the world’s worst humanitarian crisis, with more than half of its population – 14 million people – at risk of famine.

Armenia And Azerbaijan Agree To EU Mission On Border