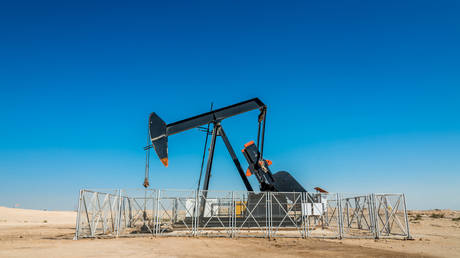 OPEC+ member states have agreed an oil production cut of two million barrels per day, a statement published on the group’s website reads.

The reduction, which is the largest cut since early 2020, will take effect in November, the cartel announced on Wednesday.

According to OPEC, the step comes “in light of the uncertainty that surrounds the global economic and oil market outlooks, and the need to enhance the long-term guidance for the oil market, and in line with the successful approach of being proactive, and preemptive, which has been consistently adopted” by the group.

The cuts are much harsher than most experts had anticipated earlier this week, and are now expected to stem the latest drop in global prices for crude.

Energy ministers from the OPEC+ group led by Saudi Arabia and its allied non-members, including Russia, have held a meeting at the cartel’s Vienna headquarters on Wednesday for the first time since the start of the pandemic in early 2020.

The decision on output reduction comes despite intense lobbying by the White House to keep oil production at current levels or higher – something US President Joe Biden had hoped to secure during his visit to Saudi Arabia in July.

On Tuesday, CNN cited an unnamed senior official as saying that Washington had mobilized all available resources ahead of the oil cartel gathering, with the Biden administration “having a spasm and panicking.” The efforts were described as “taking the gloves off.” Some of the talking points drafted by the US administration suggested the potential cut would be viewed as “a hostile act” and a “total disaster.”

Meanwhile, most officials from OPEC+ member states said any reduction would be a “technical not political decision,” and cited a “risk of recession” for the cuts as they entered the OPEC headquarters in Vienna.

Suhail Al Mazrouei, the energy minister of the United Arab Emirates (UAE), said that OPEC+ is a “technical organization,” when asked whether the proposal would potentially damage relations with the US.