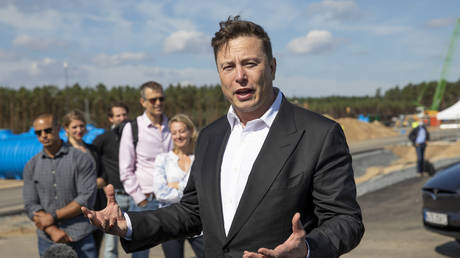 Tesla and SpaceX CEO Elon Musk has doubled down on his peace plan for the ongoing conflict between Kiev and Moscow, amid criticism from Ukrainian media. His idea was to prevent World War III, the billionaire insisted in a Twitter post on Thursday.

“I’m a big fan of Ukraine, but not of WW3,” the tycoon wrote when Ukraine’s Kyiv Post newspaper urged him to “just stop” and “admit that you overdid” something, referring to his peace proposal. Earlier this week, Musk had suggested a way out of the seven-month-long conflict between the two neighbors.

Moscow should “redo elections of annexed regions under UN supervision” while Kiev would commit to neutrality and drop its claim to Crimea, which overwhelmingly voted to join Russia in 2014, the Tesla CEO suggested.

Musk’s proposal drew the ire of Ukrainian and some western officials. Kiev’s outgoing ambassador to Berlin Andrey Melnik went as far as to tell the US billionaire to “f**k off” while President Vladimir Zelensky asked his followers on Twitter whether they like Elon Musk more when he supports Ukraine or backs Russia.

I’m a big fan of Ukraine, but not of WW3

On Thursday, Musk also sparred with South Carolina’s Republican Senator Lindsey Graham, who’d called on him to “understand the facts of the Russian invasion of Ukraine.” Musk replied by saying that, although most of Ukraine still wants to be part of Ukraine, “some eastern portions have Russian majorities and prefer Russia.”

The billionaire also had an argument with former Russian chess champion and anti-Kremlin activist Garry Kasparov, who’d accused him of spreading “Kremlin propaganda.” Musk shot back, saying his SpaceX company had donated Starlink terminals to Ukraine worth $80 million, and questioning what Kasparov himself had done for Ukraine, apart from tweeting.


READ MORE: Musk feuds with US Senator over Ukraine

Musk sent hundreds of Starlink terminals to Ukraine early in the conflict. While the proclaimed goal of the delivery was humanitarian, Kiev has since admitted to using them for war objectives, while Russian troops claimed to have seized multiple units from Ukrainian troops.