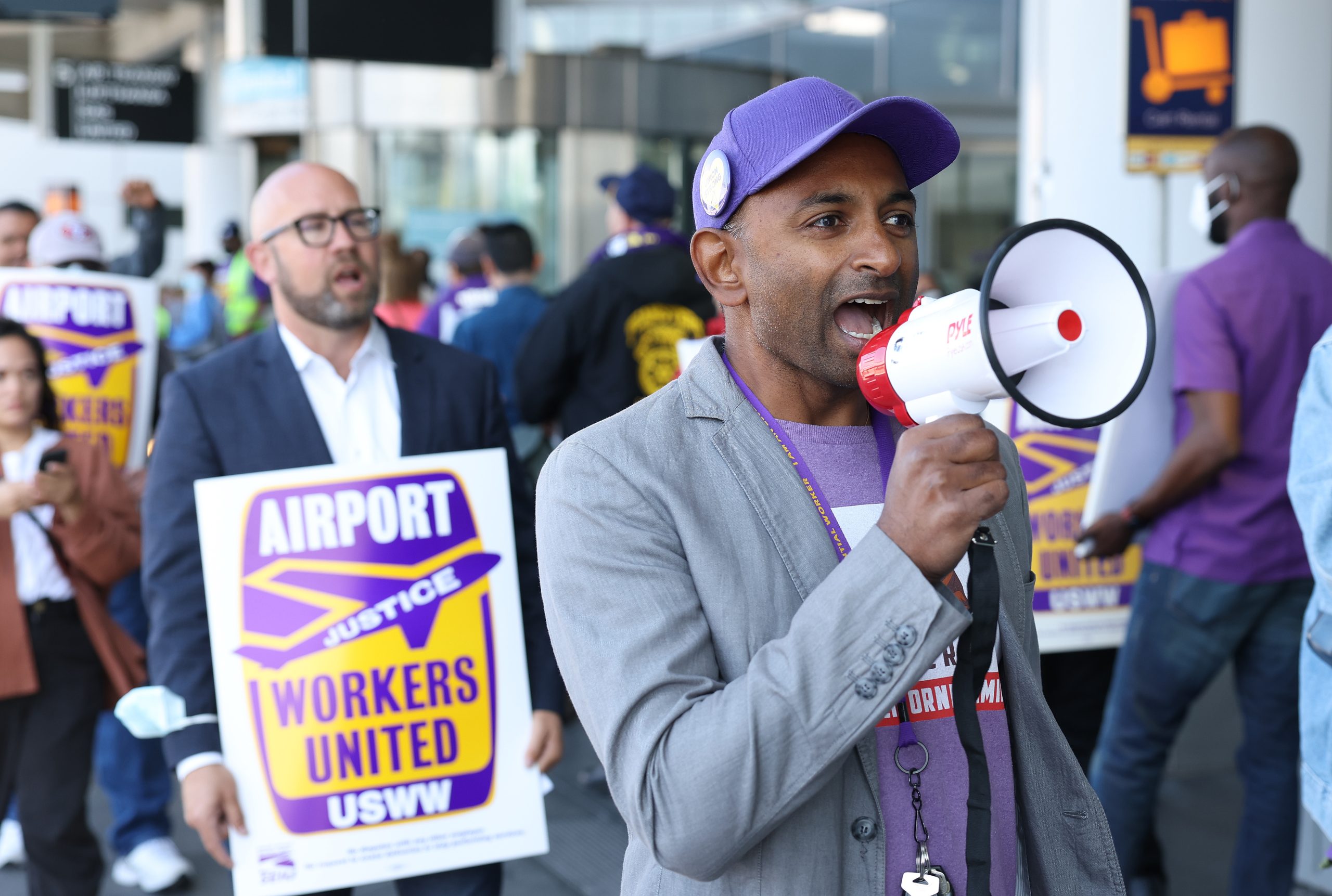 The Worker Power Coalition, composed of over 40 labor unions and progressive organizations representing 24 million workers in the US, has launched a campaign ahead of the 2022 midterm elections to pressure Democratic Senate leaders and US Senators from both parties to vote on the Protecting the Right to Organize (PRO) Act. If passed, the PRO Act would institute the largest overhaul of US labor law since the mid-20th century.

The legislation would ban captive audience meetings held by employers to deter union organizing, increase penalties on employers for violating labor laws, and mandate prompt disclosure of contracts between employers and anti-union consultants. It would also establish mediation and arbitration processes to streamline the path for new unions to secure a first contract. (Under existing conditions, it is common practice for employers to delay and draw out the bargaining process with relative impunity. As Bloomberg Law reported earlier this year, “the mean number of days it takes newly unionized employers and their newly organized workers to ratify a first contract has grown to 465 days.”) Current labor laws in the US are based on the National Labor Relations Act, which was passed in 1935 and has long been viewed by labor experts as broken, outdated, and insufficient when it comes to protecting workers’ rights to organize unions today.

The legislation passed in the House of Representatives in March 2021 with five Republicans and all but one Democrat, Rep. Henry Cuellar (D-TX), voting in support, but it has yet to receive a vote in the US Senate.

Sen. Joe Manchin (D-VA) has signaled his support for the PRO Act, while Democratic Senators Kyrsten Sinema and Mark Kelly of Arizona and Sen. Mark Warner (D-VA) have refused to support the legislation.

Organizers and worker delegations affiliated with the Worker Power Coalition have been meeting with Senate Democrats in swing states such as Arizona, Colorado, Georgia, New Hampshire, and Nevada, and are holding events to pressure Senate Republicans in Ohio, Wisconsin, and Florida to show their support for workers by backing the legislation.

In Florida, union organizers have been pushing Republican Senators Marco Rubio and Rick Scott to support the legislation without much success. Organizers have also backed Sen. Rubio’s Democratic challenger this November, Rep. Val Demmings, who voted for the PRO Act in the House.

“We’ll work with any elected official; we don’t care about political parties. What we care about is common sense legislation that supports working class folks who are trying to live the American Dream that we increasingly see escaping us, and a huge reason for that is elected officials like Marco Rubio, who, after repeated attempts throughout the years, has refused to meet with us,” said Curtis Hierro, the senior legislative and political lead in Florida for the Communications Workers of America (CWA). “This is one of the most important pieces of legislation that we’ve seen for the labor movement in this generation.”

In late July 2022, organizers and workers held a rally in Orlando, Florida, demanding Sen. Rubio’s support for the PRO Act in front of Rubio’s office. They’ve also been holding webinars, meetings, and political training sessions to educate members on the legislative process.

“We’ve been doing the work of educating and organizing our members in the union, making sure they know that on one side you have Marco Rubio, who has literally been the definition of an empty suit elected official (I guess the only thing that fills that suit is money from corporate America and Wall Street) and who stands against working people’s agenda,” added Hierro. “Then you have another candidate, Representative Demings, who, whenever called upon to support our union, to support everyday working people, [has] answered that call.”

On July 13, 2022, union members and organizers held a rally outside of Wisconsin Republican Sen. Ron Johnson’s office in Milwaukee, demanding that he stop opposing the PRO Act. They are also backing his Democratic opponent this November, Mandela Barnes.

“[It’s] time to take the state back and educate folks about the PRO Act,” said Clinton Rodgers, an organizer with the CWA in Milwaukee. Rodgers also noted that the PRO Act would “deal a blow to independent ‘right-to-work’ laws,” like the one signed by former Wisconsin Governor Scott Walker in 2015.

“Right to work” laws allow workers to reap all the benefits of being represented by a union in a workplace without becoming a member or paying dues to the union, which has gutted unions’ internal resources (and, thus, their ability to adequately represent and fight for members) and contributed to the depletion of union membership in “right to work” states. The PRO Act would allow unions to negotiate contracts to override “right to work” laws.

“The PRO Act will allow workers to have a voice and [will] protect strikes and other protests and activities, and [it] will make it illegal for employers to permanently replace striking workers,” added Rogers.

A survey conducted in June, 2021, by Hart Research Associates in nine battleground states—Alaska, Arizona, Colorado, New Hampshire, Ohio, Pennsylvania, Virginia, Wisconsin, and West Virginia—found overwhelming public support for the PRO Act in each of the surveyed states by at least 30 percentage points. Per the survey results, even a majority of voters who identify as Republican support the PRO Act.

“Across the country, corporations and the mega-rich are trampling on workers’ rights and our freedom to organize,” said Jimmy Williams Jr., President of the International Union of Painters and Allied Trades, which is part of the Worker Power Coalition pushing for the PRO Act. “A vote on the PRO Act will show us who the real pro-worker members of the US Senate are. It’s long past time for the Senate to follow the lead of the House and pass the PRO Act.”

Israel Experiments On Palestinians With AI-Powered Gun At Checkpoints

Australian National Review – I Feel Like The Most Censored Person In Australia – Speaking The Truth Apparently Isn't Allowed On Facebook, Instasham Or Screwtube