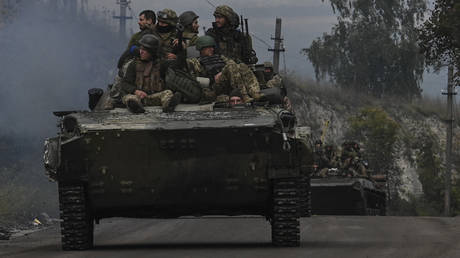 Austria has not reached out to Russia with an offer of mediation in the ongoing Ukraine conflict, Kremlin spokesperson Dmitry Peskov said on Wednesday. His comment came in response to a media report that the Alpine nation had signaled its readiness to host de-escalation talks.

Asked by a journalist whether Vienna has made any such overtures to Moscow, Peskov replied: “No, we haven’t received [any].”

The question was prompted by a report published by media outlet The Hill on Tuesday.

The article, citing “one Austrian official,” suggested that Vienna had offered to act as a neutral facilitator for de-escalation talks, amid fears Moscow could deploy nuclear weapons in Ukraine. Austria has also reportedly signaled its willingness to maintain communications channels with Moscow.

The Austrian government has yet to comment on The Hill’s claims.

While the outlet acknowledged that the US government itself says it has seen no signs that Moscow is prepared to use weapons of mass destruction, it speculated nonetheless about Washington’s possible response.

A former Pentagon official-turned-defense expert cited in the article opined that such a scenario would entail the US providing Ukraine with long-range missiles, as well as severe censure of Russia from the likes of India, China and Türkiye.

Peace negotiations between Kiev and Moscow halted shortly after their meeting in Istanbul on March 29. The Ukrainian government attributed its reluctance to talk to the discovery of alleged mass killings of civilians in the town of Bucha, which Kiev blamed on Russian forces. Moscow denied it was behind the atrocities.

As the conflict progressed throughout the summer, top Ukrainian officials began insisting on first defeating Russia militarily and only then sitting down for talks.

Last Friday, Ukrainian President Vladimir Zelensky announced that Kiev will not engage in negotiations with Moscow as long as Vladimir Putin remains president there.

The statement came on the same day as Putin gave the green light to the accession to Russia of the Donetsk and Lugansk People’s Republics as well as to Ukraine’s Kherson and Zaporozhye regions, which had been seized by Russian forces and subsequently voted for joining the country.

The Russian president did stress, however, that Moscow was still open to negotiations with Kiev, on condition that the latter would not raise the issue of the four former Ukrainian regions.