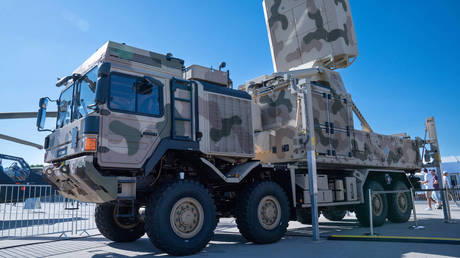 Germany has promised new arms deliveries for Kiev, CNN reported on Saturday, during Defense Minister Christine Lambrecht’s visit to Lithuania. The new batch of weapons will reportedly include around 100 Soviet battle tanks from Greece and Slovakia, the media outlet said.

The tanks are part of an exchange deal involving Berlin, Athens, and Bratislava, according to media reports. German news outlets first mentioned the potential delivery last weekend following Lambrecht’s surprise visit to the Ukrainian port city of Odessa, where she met with Defense Minister Aleksey Reznikov.

Kiev has long demanded Western battle tanks from Washington and its allies, including Germany’s Leopard 2 tanks, though Western nations have so far been reluctant to send them. Last weekend, Lambrecht defended the strategy of providing Ukraine with Soviet armored vehicles, arguing it would be better for both sides.

Soviet tanks better suit Ukraine’s demands since Kiev needs help quickly, she told German broadcaster ARD on October 2, adding that Germany and its allies do not want to become a party to the conflict between Moscow and Kiev, and this position “has not changed.”

In early October, Lambrecht also vowed to “deliver the very modern Iris-T air defense system” to Ukraine “in a few days.” According to CNN, this promise is yet to be fulfilled.

German Chancellor Olaf Scholz promised in August that Germany’s “most modern and efficient equipment” would soon be supplied to Ukraine, referring to the Iris-T systems and Cobra artillery radars. Some German outlets reported that the system would arrive in Ukraine no sooner than October or even November.

Berlin has faced criticism both at home and abroad over its alleged reluctance to provide military aid for Ukraine. Moscow has repeatedly argued that deliveries of Western weapons only prolong the fighting and increase the risk of a direct conflict between Russia and NATO.