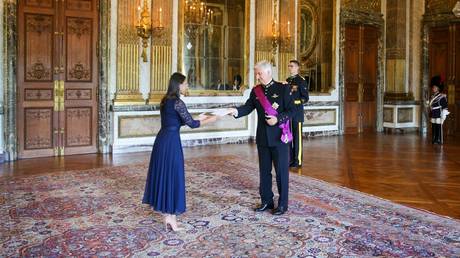 The EU has ordered Nicaragua’s ambassador out of the bloc in a tit-for-tat move. Last month, the Central American country forced the EU’s envoy to leave amid tensions with Brussels.

In a statement published on Monday, officials in Brussels explained that the EU had acted in “response to the decision by the Nicaraguan government on 28 September to declare the head of the EU Delegation to Nicaragua as persona non grata.”

The bloc’s representatives added that it deemed Managua’s decision to be “unwarranted.”

Apart from the EU’s envoy, the Nicaraguan government also expelled the Netherlands’ ambassador and severed diplomatic ties with Amsterdam in early October. The authorities in Managua cited the European nation’s “interventionist and neo-colonialist position” as the reason for the move.

Commenting on the EU’s latest decision, its representatives noted that Brussels continues to support the Nicaraguan people and reaffirmed its commitment to “defending democracy, the rule of law and human rights” in the Central American country.

“The current political crisis in Nicaragua should be resolved through genuine dialogue between the government and opposition,” the statement read.

The US and EU have been increasingly critical of Daniel Ortega’s government over the past few years, due to the Nicaraguan president’s perceived authoritarianism. Managua, in turn, has accused the US and other Western powers of interfering in its internal affairs.

In November 2021, the White House dismissed the presidential election in Nicaragua as a “sham,” with most opposition parties and leaders either detained or blocked from voting. The allegations were echoed by the Organization of American States.

The EU sanctions that came into force several months later targeted Nicaraguan officials believed to be responsible for the alleged undermining of democracy and human rights in the country, including Ortega’s son and wife, who serves as vice president.