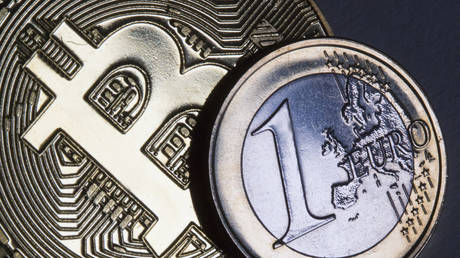 The EU has imposed a sweeping ban on providing crypto services to Russians as part of its eighth round of sanctions that were approved on Thursday. The new measure steps up restrictions that had been in place since April.

“The existing prohibitions on crypto assets have been tightened by banning all crypto-asset wallets, accounts, or custody services, irrespective of the amount of the wallet (previously up to €10,000 [$9,900] was allowed),” reads a press release published on the European Commission’s website.

After Visa and Mastercard left the Russian market earlier this year and some banks were disconnected from SWIFT, cryptocurrencies, in particular stablecoin USDT, became one of the most popular ways for Russians to move money abroad.

Crypto service operators headquartered in the EU may have to stop processing transactions with Russians, unless the clients are resident in the bloc, Forbes Russia wrote on Thursday.

Non-EU platforms may follow suit, Forbes Russia warned. After the bloc introduced a limit of €10,000 in April, US-registered Binance, one of the most popular exchanges among Russians, adopted the same measure.