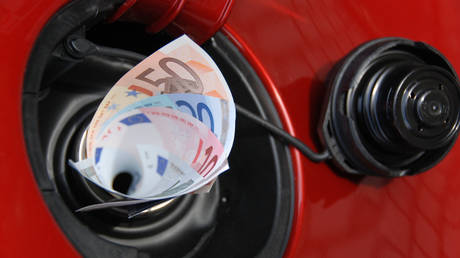 Diesel prices in the EU and the US are showing their sharpest increase in months, adding to inflationary pressures and heightening the risk of a global recession, Bloomberg reported on Wednesday.

Earlier this week, Europe’s benchmark diesel price approached $180 a barrel. In the US, prices in California exceeded $190, while in New York Harbor they were close to $170.

The spike in diesel prices is driving inflation ahead of winter and raising the prospect of supply disruptions, particularly in the EU, which will start enforcing its embargo on Russian oil and petrochemicals in February 2023.

“Higher diesel prices have the potential to create even stronger inflationary pressures, especially if the current price spike is sustained, adding significant downside risk to demand and increasing the chances of a global recession,” Mark Williams, research director for short term oils at WoodMackenzie, told Bloomberg.

Strikes at French refineries, which have halted fuel supplies and led to diesel shortages, are another factor driving up prices.

On Tuesday, French authorities warned they would be forced to intervene if energy industry workers refused to end their strikes, which have left almost a third of the country’s fuel stations short of supplies.

In September, analysts warned that the looming EU embargo on Russian oil would continue to inflate diesel prices across the bloc. While currently more than a third of the fuel keeps arriving from Russia, when the ban comes into force, Europe will have to replace Russian diesel either by ramping up its own production or importing from countries such as Saudi Arabia, India or the US at a much higher price.