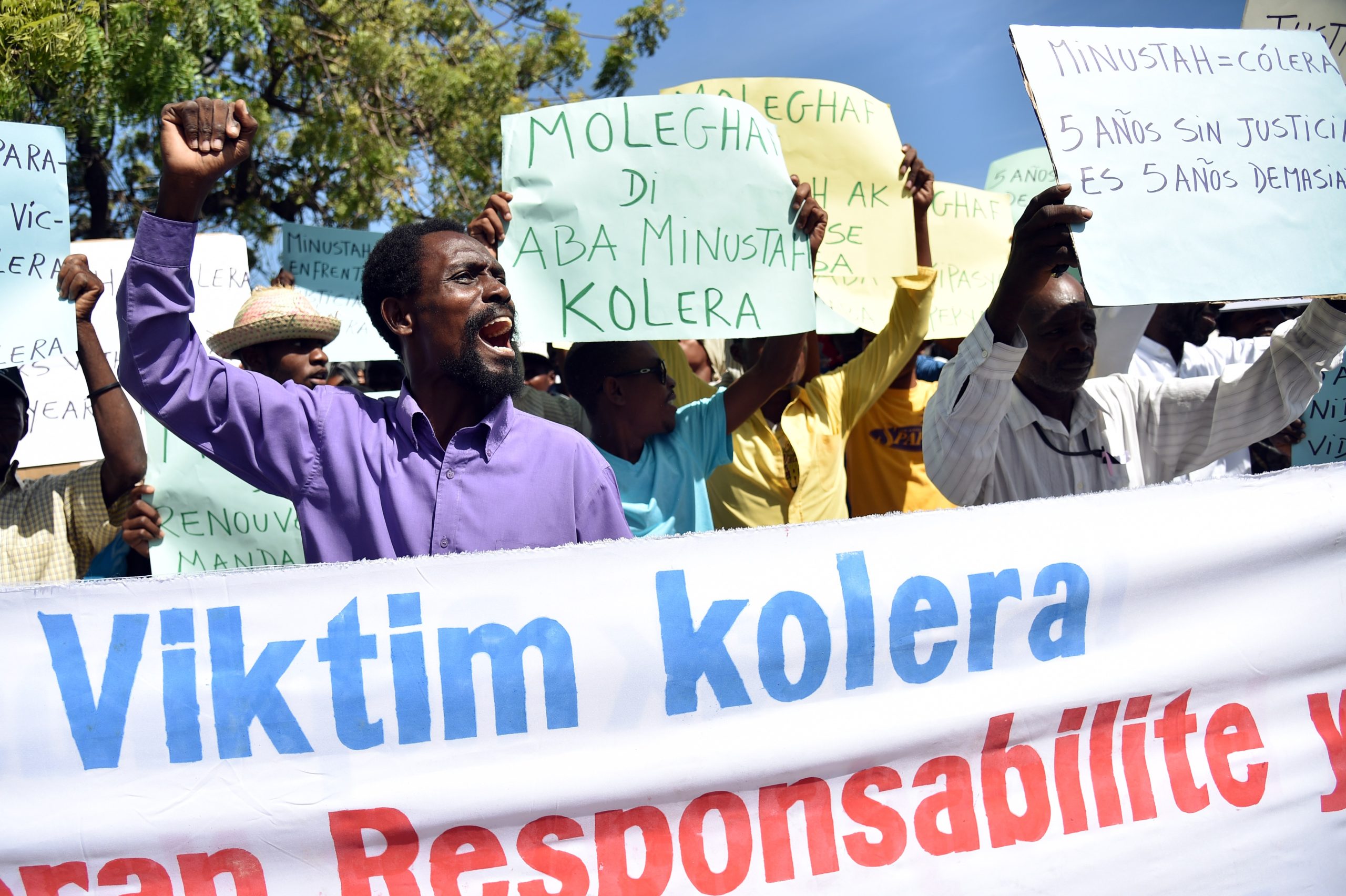 Cases of cholera have been confirmed at Haiti’s National Penitentiary in Port-au-Prince. Cholera, which spreads through unsanitary water, has become endemic in Haiti since the 2010 earthquake, and is believed to have been inadvertently introduced by UN peacekeepers. According to advocates, the Haitian prison system has been a ticking time bomb for cholera for years. Migrant justice organizations in the US have raised the alarm over conditions in Haitian prisons, where migrants deported by the US are often warehoused without formal charges or a trial.

S.B., a survivor of deportation who spent time in Port-au-Prince’s National Penitentiary, joins Rattling the Bars to share his experience of the Haitian prison system. S.B. reports a total lack of sanitary infrastructure within the prison, even attesting that prisoners who died in their crowded cells were often left there overnight in the presence of other inmates. Sociologist Jon Shaffer also joins the show to contextualize how Haiti’s current predicament is the result of centuries of colonial intervention and extraction from Haiti. Schaffer, S.B., and other advocates are calling for the immediate release of prisoners in Haiti, and an end to US deportations to Haiti. They also strongly oppose the US’s proposal to redeploy foreign soldiers to Haiti through the UN.

Jon Shaffer is a sociologist and organizer based in Baltimore who studies global health organizations, social movements, and their struggles over scientific knowledge. He is Peste Magazine’s Associate Editor for Labor, Organizing, and Activism.

The transcript of this interview will be made available as soon as possible.

Related Topics:Politics and Movements: International
Up Next